Dreams of Egypt in the Arenberg gardens and collections from the 17th to the 19th century - Lecture by Mrs Marie-Cécile Bruwier, Egyptologist 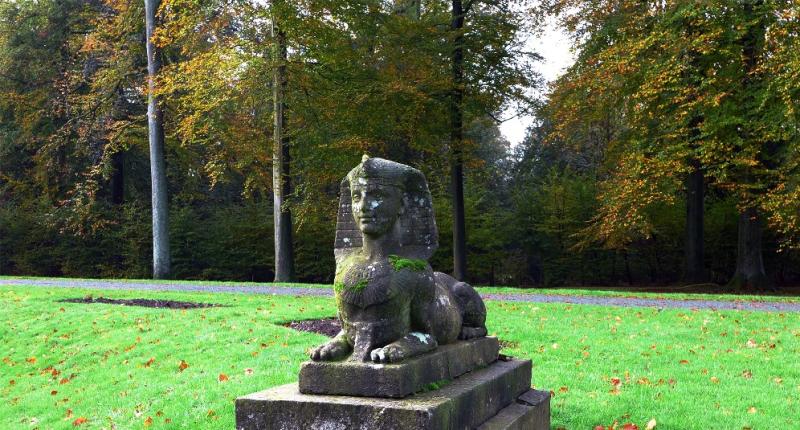 Lecture by Mrs Marie-Cécile Bruwier, Egyptologist, honorary director of the Royal Museum of Mariemont, organised in Enghien under the auspices of the Cercle royal archéologique d'Enghien.

Several 17th and 18th century sculptures and architectural fragments from the former Arenberg estate in Enghien are decorated with Egyptian motifs inspired by ancient monuments from the Pharaonic and Roman eras: a tympanum, a "plant pot" or jardinière, sphinxes and two large vases with hieroglyphic inscriptions... They bear witness to the fascination for ancient Egypt and its myths as well as to the aspects that remain in the collective memory.

In the 19th century, the Arenberg family's collections at the Palais d'Egmont (Brussels) included scholarly works such as the Description de l'Égypte, as well as some Egyptian antiquities. These sources of information nourish the new scientific quest for the understanding of the Pharaonic civilisation and what it transmitted to European culture.