How do peoples and countries come together to form shared communities of citizens? What lessons can be learned from such unions for the process of European integration? The College of Europe – Arenberg European Prize is awarded to an outstanding contribution in history, the humanities or the social sciences, which, using historical and/or comparative analysis, explores the principles and workings of unions, communities or federations, and applies them to questions of European integration. The monetary value of the College of Europe – Arenberg European Prize is EUR 5.000,-.

The aim of the College of Europe – Arenberg European Prize is to single out an original work in history, economics, law, sociology, political science, international relations, or a combination of two or more of these disciplines. The winning work will offer a critical analysis of and a fresh and original approach to key challenges faced by Europe and Europeans in the present and future. It will be grounded in the historical and/or comparative study of unions and/or communities of citizens, peoples and/or countries who have been brought together for a common purpose. These can include, but are not limited to, various federal solutions proposed or reached either in the past, or elsewhere in today’s world.

Two types of works are eligible for the College of Europe - Arenberg European Prize. First, Master's theses submitted at a university in a certain period before the submission deadline (refer to www.coleurope.eu/arenberg). Second, articles by doctoral students, who were in the same period enrolled in a doctoral programme at a university. Only sole-author submissions are considered.

In either case, the submitted work cannot exceed 30,000 words in length (footnotes included, but not bibliography). Please note that this limit will be strictly applied. Longer works submitted will not be taken into consideration. Only works submitted in English, French or German will be accepted.

Both published and unpublished work can be submitted. If unpublished, the winning entry will be of publishable standard, and the prize money will be paid in two installments – the second half following publication in a scholarly journal.

To be considered for the Prize, the work must be historical and/or comparative in approach, and its analysis must be applied to present and/or future questions of European integration.

2015
Mr Tomasz WOŹNIAKOWSKI, "Sovereign debt crises and fiscal power: lessons from the early US federation for the Euro area today".

Jury members of the College of Europe - Arenberg European prize: 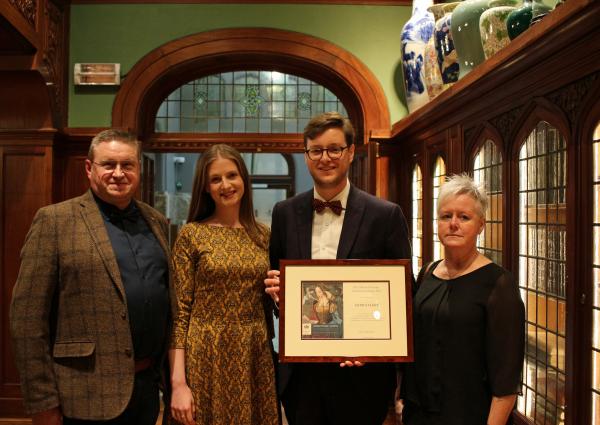 The third edition of the College of Europe – Arenberg European Prize has been awarded to Dr Quincy CLOET for his article "Two sides to every story(teller): competition, continuity and change in narratives of European integration". 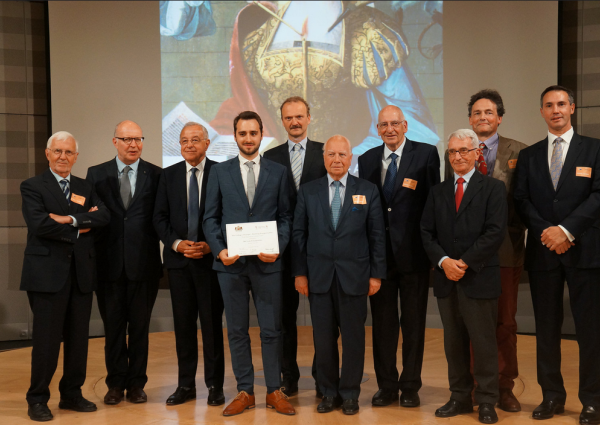 Ist Prize Award College of Europe Arenberg «Exploring federal solutions» in the European Parliament, Brussels. In collaboration with the College of Europe, Natolin-Bruges. The 2015 Laureate was Mr Tomasz Wozniakowski.